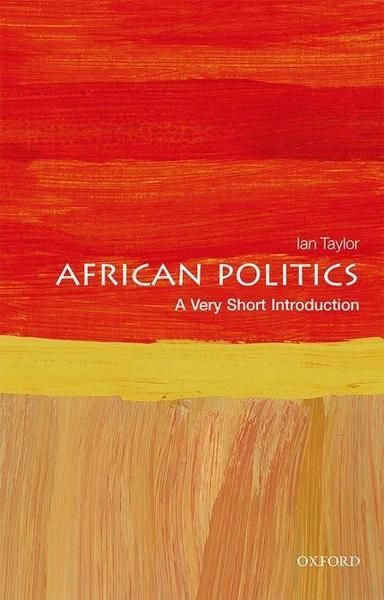 
Ian Taylor explores contemporary African politics in all its diversity, revealing how state and society actually functions beyond the formal institutional facade. He examines why questions of underdevelopment, outside exploitation, misrule, and weak state structures are characteristic of so many Sub-Saharan states in particular.

Africa is a continent of 54 countries and over a billion people. However, despite the rich diversity of the African experience, it is striking that continuations and themes seem to be reflected across the continent, particularly south of the Sahara. Questions of underdevelopment, outside exploitation, and misrule are characteristic of many - if not most-states in Sub-Saharan Africa. In this Very Short Introduction Ian Taylor explores how politics is practiced on the African continent, considering the nature of the state in Sub-Saharan Africa and why its state structures are generally weaker than elsewhere in the world. Exploring the historical and contemporary factors which account for Africa's underdevelopment, he also analyses why some African countries suffer from high levels of political violence while others are spared. Unveilling the ways in which African state and society actually function beyond the formal institutional façade, Taylor discusses how external factors - both inherited and contemporary - act upon the continent.