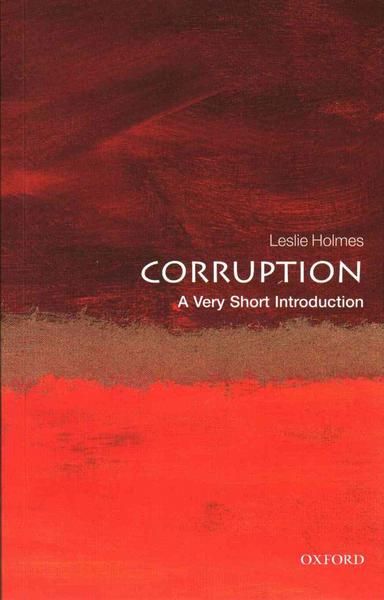 Beschreibung
Beschreibung
Corruption is one of the biggest global issues, ahead of extreme poverty, unemployment, the... mehr
Menü schliessen
Produktinformationen "Corruption: A Very Short Introduction"
Buch in Englisch.


Corruption is one of the biggest global issues, ahead of extreme poverty, unemployment, the rising cost of food and energy, climate change, and terrorism. It is thought to be one of the principal causes of poverty around the globe. Its significance in the contemporary world cannot be undervalued.

In this Very Short Introduction Leslie Holmes considers why the international community has only highlighted corruption as a problem in the past two decades, despite its presence throughout the millennia. Holmes explores the phenomenon from several different perspectives, from the cultural differences affecting how corruption is defined, its impact, and its various causes to the possible remedies. Providing evidence of corruption and considering ways to address it around the world, this is an important introduction to a significant and serious global issue. ABOUT THE SERIES: The Very Short Introductions series from Oxford University Press contains hundreds of titles in almost every subject area. These pocket-sized books are the perfect way to get ahead in a new subject quickly. Our expert authors combine facts, analysis, perspective, new ideas, and enthusiasm to make interesting and challenging topics highly readable.Rezensionsensible [and] serious analysis New Statesman, Peter Oborne

Portrait
Leslie Holmes is Professor of Political Science at the University of Melbourne, and a recurrent visiting professor at the Graduate School of Social Research in Warsaw, the University of Bologna, and the People's University in Beijing. He has also taught at the International Anti-Corruption Academy in Vienna and at intensive workshops on corruption in Belgrade and Sofia. His principal research specialisations are corruption, communism, and post-communism. He has authored or edited 14 books and numerous articles and book chapters. His publications include Rotten States? (Duke UP, 2006), Communism (OUP, 2009), Post-Communist Democratization (co-authored with John Dryzek - CUP, 2002), and two edited collections, Terrorism, Organised Crime, and Corruption (Elgar, 2007) and Trafficking and Human Rights (Elgar, 2010). He has been a Fellow of the Academy of the Social Sciences in Australia since 1995.