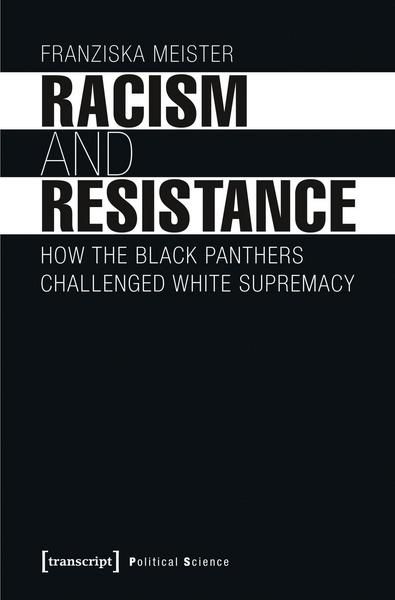 Even a cursory look at U.S. society today reveals that protests against racial discrimination are by no means a thing of the past. What can we learn from past movements in order to understand the workings of racism and resistance? In this book, Franziska Meister revisits the Black Panther Party and offers a new perspective on the Party as a whole and its struggle for racial social justice. She shows how the Panthers were engaged in exposing structural racism in the U.S. and depicts them as uniquely resourceful, imaginative and subversive in the ways they challenged White Supremacy while at the same time revolutionizing both the self-conception and the public image of black people.

Meister thus highlights an often marginalized aspect of the Panthers: how they sought to reach a world beyond race - by going through race. A message well worth considering in an age of "color blindness".

Portrait
Franziska Meister (PhD) is a science and culture editor at Swiss weekly "WOZ Die Wochenzeitung". She is a doctor of history and worked at the ZHAW Winterthur.