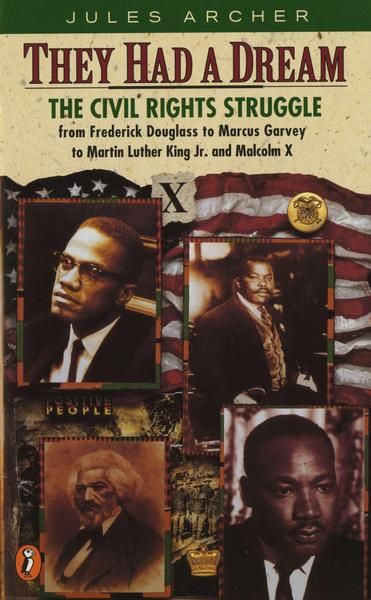 Beschreibung
Beschreibung
From Frederick Douglass to Marcus Garvey to Martin Luther King Jr. and Malcolm X. In four... mehr
Menü schliessen
Produktinformationen "They Had a Dream: The Civil Rights Struggle"
Buch in Englisch.

In four riveting biographies, award-winning historian Jules Archer presents portraits of courage and determination and an encapsulated history of the civil rights struggle in the United States.

The most recent installment in the Epoch Biographies series opens with a historical outline of the African American struggle for equality in this country, from colonial times to the present. If this report is somewhat dry and heavy going for the targeted audience, the four biographical sketches that follow are considerably more absorbing. Archer weaves dialogue and excerpts from speeches and writings into his thorough accounts of the private and public lives of Frederick Douglass, Marcus Garvey, Martin Luther King Jr. and Malcolm X. As he compares and contrasts these leaders' philosophies and tactics, Archer emphasizes that, regardless of the different eras in which they lived, each encountered the same appalling prejudice, violence and oppression. Despite some sloppy editing (references are made to "Newport, Massachusetts" and "Nantucket, Rhode Island"), this discussion of the contributions of four pivotal civil rights activists is balanced and substantive, and the conclusion, which touches on Anita Hill and Clarence Thomas, Sister Souljah and Bill Clinton, is not only timely but persuasive.