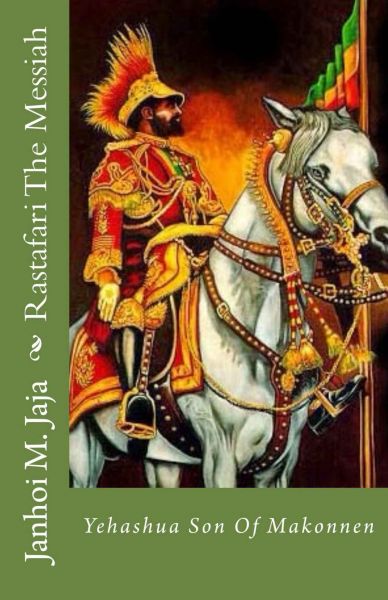 
Rastafari: The Messiah is an insightful view into the rastafarian culture/religion never before explained in this manner. A must read for those who are interested in the philosophy and teaching of this group and its origin.

ABOUT THE AUTHOR
Janhoi M. Jaja is 69 years old and is a Rastafarian for over 45 years. Born in Kingston, Jamaica, Janhoi grew up as the eldest of three siblings. Ever since he was a child, Janhoi Jaja was always interested in photography, religion and spirituality.Janhoi embraced the culture of Rastafarians at around age 22 and became Jamaica’s first Rastafarian photographer. He has been first in national competitions on more than one occasion, his works include album covers and public relation photos for various artistes including Bob Marley, The I Threes, Peter Tosh, Ras Michael, Ken Booth, Israel Vibration, Rastafarian Elders, Priests and many other artistes. This brought him in close contact with many Rastafarians.
Janhoi's work has been published in various books and periodicals. Being a Rastafarian, he has been constantly asked by foreigners and locals to explain the culture of Rastafarians, as there seems to be great misunderstanding regarding Haile Selassie I being the GOD-HEAD of the culture.Talking to various people he was told that his narration of the culture has given them great overstanding (understanding). Hence the writing of this book!