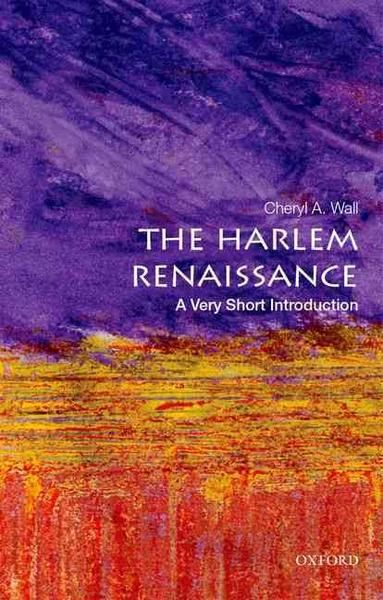 
The Harlem Renaissance was a cultural awakening among African Americans between the two world wars. It was the cultural phase of the "New Negro" movement, a social and political phenomenon that promoted a proud racial identity, economic independence, and progressive politics. In this Very Short Introduction, Cheryl A. Wall captures the Harlem Renaissance's zeitgeist by identifying issues and strategies that engaged writers, musicians, and visual artistsalike. She introduces key figures such as Langston Hughes, Zora Neale Hurston, Claude McKay, and Jean Toomer, along with such signature texts as "Mother to Son," "Harlem Shadows," and Cane. In examining the "New Negro," she looks at the art of photographer James Van der Zee and painters Archibald Motley and LauraWheeler and the way Marita Bonner, Jessie Fauset, and Nella Larsen explored the dilemmas of gender identity for New Negro women. Focusing on Harlem as a cultural capital, Wall covers theater in New York, where black musicals were produced on Broadway almost every year during the 1920s. She also depicts Harlem nightlife with its rent parties and clubs catering to working class blacks, wealthy whites, and gays of both races, and the movement of Renaissance artists to Paris. From Hughes's "The Negro Speaks of Rivers" to W.E.B. Du Bois's novel Dark Princess, black Americans explored their relationship to Africa. Many black American intellectuals met African intellectuals in Paris, where they made common cause against European colonialism and race prejudice. Folklore - spirituals, stories, sermons, and dance - was considered raw material that the New Negro artist could alchemize into art. Consequently, they applauded the performance of spirituals on the concert stageby artists like Roland Hayes and Paul Robeson. The Harlem Renaissance left an indelible mark not only on African American visual and performing arts, but, as Cheryl Wall shows, its legacies are all around us.

Portrait
Cheryl A. Wall is a literary critic and professor of English at Rutgers University. She specializes in black women's writing, particularly the Harlem Renaissance and Zora Neale Hurston. She is the author of Worrying the Line: Black Women Writers, Lineage and Literary Tradition and Women of the Harlem Renaissance, and the editor of several volumes of Hurston's writings for the Library of America. She is also a section editor for The Norton Anthology of African American Literature and is on the editorial board of American Literature, The African American Review and Signs.