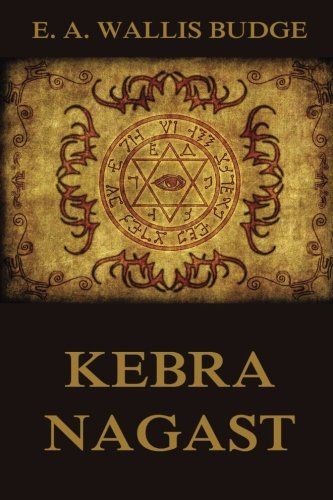 Beschreibung
Beschreibung
This volume contains a complete English translation of the famous Ethiopian work, The "Kebra... mehr
Menü schliessen
Produktinformationen "Kebra Nagast: The Queen of Sheba and her only son Menyelek"
Buch in Englisch.


This volume contains a complete English translation of the famous Ethiopian work, The "Kebra Nagast", i.e. the "Glory of the Kings [of Ethiopia]". This work has been held in peculiar honour in Abyssinia for several centuries, and throughout that country it has been, and still is, venerated by the people as containing the final proof of their descent from the Hebrew Patriarchs, and of the kinship of their kings of the Solomonic line with Christ, the Son of God. The Kebra Nagast is a great storehouse of legends and traditions, some historical and some of a purely folk-lore character, derived from the Old Testament and the later Rabbinic writings, and from Egyptian (both pagan and Christian), Arabian, and Ethiopian sources.