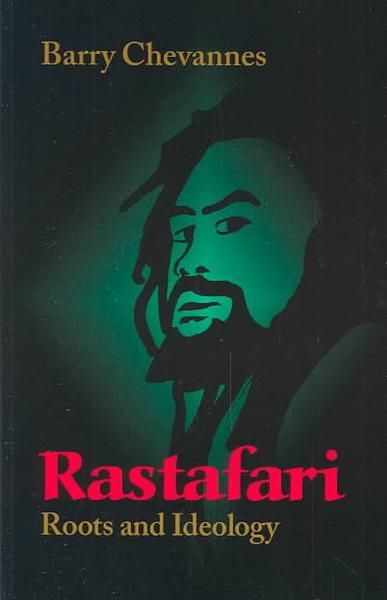 Beschreibung
Beschreibung
"Rastafari" is a work with an historical and ethnographic approach that seeks to correct several... mehr
Menü schliessen
Produktinformationen "Rastafari: Roots and Ideology"
Buch in Englisch.


"Rastafari" is a work with an historical and ethnographic approach that seeks to correct several misconceptions in existing literature - the true origin of dreadlocks, for instance. It should be of interest to religion scholars, historians, scholars of Black studies, and a general audience interested in the movement and how Rastafarians settled in other countries.

"If, in the future, one were to read only one book on the Rastas, this book would become the one to read." J. Gordon Melton, Director, Institute for the Study of Amrican Religion.

Interviews with 30 converts from the 1930s and 1940s are a component of Barry Chevanne's book, a look into the origins and practices of Rastafarianism. From the direct accounts of these early members, he is able to reconstruct pivotal episodes in Rastafarian history to offer a look into a subgroup of Jamaican society whose beliefs took root in the social unrest of the 1930s. The little that most people know about Rastafarianism has come through the Jamaican music, Reggae, which resonates with the contemporary social and political struggle of the poverty-stricken cities of Trenchtown and Kingston. Bob Marley and the Wailers, for instance, with their politically charged lyrics about the ghetto, became emissaries for the Jamaican poor. Here Chevannes traces Rastafarianism back to 1930's prophet Marcus Garvey and his mass coalition against racial oppression and support of a free Africa. Before Garvey, few Jamaicans, the overwhelming majority of whom had been brought to the island from Africa and enslaved by Europeans, held positive attitudes about Africa. The rise of black nationalism, however, provided the movement with its impetus to organise a system of beliefs. Likewise, Chevannes explores the movement's roots in the Jamaican peasantry, which underwent distinct phases of development between 1834 and 1961 as freed slaves became peasants. The peasants established themselves in the recesses of the island and many eventually moved to cities, where the economic and social hardship already inherent in Jamaican society, was even more desolate. Between 1943 and 1960, detrimental social changes transformed Jamaica's rapidly expanding cities. Kingston's population grew by 86 percent, and crime and disease were rampant. It was under this severe social decay that Rastafari became a hospice for the uprooted and derelict masses. As a spiritual philosophy, Rastafarianism is linked to societies of runaway slaves or maroons and derives from both the African Myal religion and the Revivalist Zion churches. Like the revival movement, Rastafarianism embraces the 400-year-old doctrine of repatriation. Rastas believe that they and all Africans who have migrated are but exiles in ""Babylon"" and are destined to be delivered out of captivity by a return to Zion or Africa - the land of their ancestors and the seat of Jah Rastafari himself, Haile Selassie I, the former emperor of Ethiopia. ""Rastafari"" is a work with an historical and ethnographic approach that seeks to correct several misconceptions in existing literature - the true origin of dreadlocks, for instance. It should be of interest to religion scholars, historians, scholars of Black studies, and a general audience interested in the movement and how Rastafarians settled in other countries.

Portrait
Barry Chevannes is a senior lecturer in the Department of Sociology and Social Work at the University of the West Indies, Jamaica. He was senior visiting scholar at the Institute of Social Studies in The Hague and the recipient of a Rockefeller Fellowship. Professor Chevannes has published numerous articles on Rastafarianism and is the editor of Rastafari and Other African-Caribbean World Views.