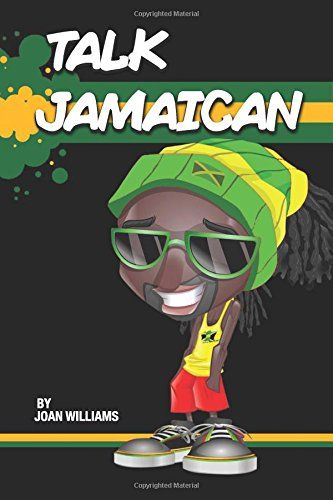 Beschreibung
Beschreibung
Despite the small size of the island of Jamaica, (only 4, 411 square miles or 11,424 square... mehr
Menü schliessen
Produktinformationen "Talk Jamaican"
Buch in Englisch, Jamaikanisch.


Despite the small size of the island of Jamaica, (only 4, 411 square miles or 11,424 square kilometres) its influence on the world stage is enormous. This because of the outstanding people and unique ideas that we have given the world. Some of the remarkable persons that this little island has shared with the world are : Bob Marley, the world’s greatest reggae artist, Usain Bolt, the fastest man on the planet and Marcus Garvey who is now celebrated among the top fifty most influential philosophers in the world. In addition, the Rastafari culture and our musical genres: Mento , Ska, Rock Steady, Reggae and Dancehall are relished on every continent. This has given rise to a great demand for a working knowledge of our colourful language, patois. While some universities, especially in Canada, have sought to take up the mantle by offering courses in patois, Talk Jamaican is now making it easier for busy people who do not have the time to go to classes, to get a working knowledge of this language for which there is a constantly growing demand. And not only are the pronunciations and explanations easy to understand but also the insertion of cartoons, make your lessons easier to absorb and even adds humour . So enjoy and learn. Irie. The author, Joan Williams, a celebrated journalist and prolific writer who you are probably familiar with by now, is passionate about her small but influential homeland, Jamaica. This has given rise to her producing over the years, several books about the unique island. These are Tour Jamaica, a comprehensive travel guide highlighting everything from the Arts to the Wildlife; Hidden Gems of Jamaica, an outdoor lover’s guide to other remarkable attractions that are off the beaten trail and the Original Dancehall Dictionary, a humorous publication which along with cartoons, teaches readers about the new words and phrases being regularly coined by popular dancehall artists. The 6th edition of this popular publication is now also available on amazon.com as are all her other books. So passionate is Williams about Jamaica that during the 70’s she put everything aside to join those who were fighting to maintain the freedoms and democracy in her native land, against a government intent on joining Cuba as a satellite of Russia. This she records in her political autobiography entitled LOOKING BACK, the struggle to preserve our freedoms, which is also available on Amazon. Now that freedom once again prevails and Jamaica’s continues to grow by leaps and bounds, Williams, seeing the demand by a growing number of persons to become familiar with the colourful Jamaican language, patois, has again risen to the challenge by giving the world TALK JAMAICAN or as we say in patois, CHAT LAKKA WI.